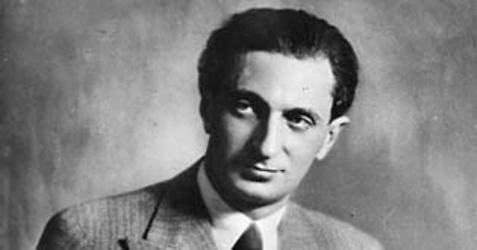 Felix Bressart was born in East Prussia in 1892, an area that is now part of Russia. He took to the stage in his early twenties and had his stage debut in 1914. By 1928, he began acting in films in Germany where over the next few years he established himself in leading roles of minor films. When the Nazis came to power in 1933, the Jewish Bressart moved to Austria where life was a bit easier for Jews. He remained in Austria until 1936 when he left, again fleeing Nazi persecution. By 1939, he had made his way to Hollywood and found work with the help of other European émigrés. Producer Joe Pasternak, who had previously worked in Germany, cast him in “Three Smart Girls Grow Up” (1939), a vehicle for Universal’s child star Deanna Durbin and a sequel to 1936’s “Three Smart Girls”. That same year he was cast as Buljanoff in Lubitsch’s “Ninotchka” and the rest is character actor history. MGM liked what they saw and signed him to a contract. 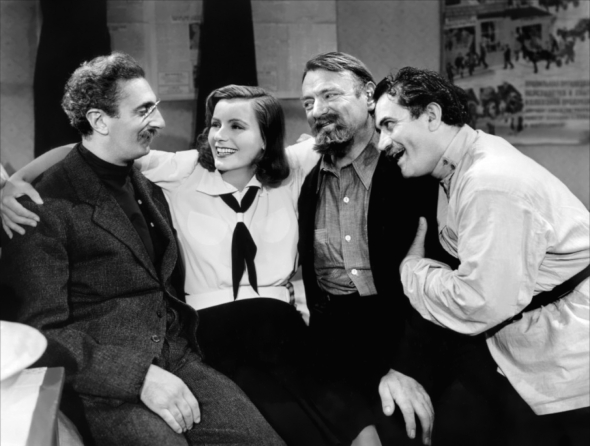 Over the next 10 years he made nearly forty films in Hollywood. With his heavily accented speech and his gentle, soft-spoken delivery he was always called upon to play some sort of avuncular European character. In “Ninotchka” he was one of the three Soviet emissaries living in Paris who are so taken by the luxuries of the West that they forget their duties and Greta Garbo’s Ninotchka is required to bring them to their senses. The next year, Lubitsch cast him in “The Shop Around the Corner” as Pirovitch, the elderly sales clerk and confidante of leading man Jimmy Stewart. As a devoted family man, Bressart is called upon by Stewart to advise him on what a man needs to be making in order to support a family. A timid figure, he is seen quietly slipping away whenever shop owner Mr. Matuschek (Frank Morgan) wants “your opinion, your honest opinion.” 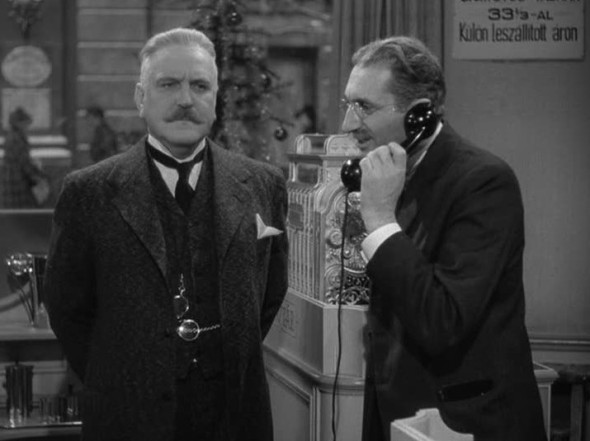 Frank Morgan, Felix Bressart in The Shop Around the Corner

In 1942, he appeared in another classic Lubitsch film, “To Be or Not to Be”, as Greenberg the spear-carrying extra who dreams of playing Shylock. In the end, he gets his wish playing a part in a complex plot to escape Nazi occupied Poland. His recitation of Shakespeare’s “Hath not a Jew eyes” monologue is a surprisingly moving moment in an otherwise comic film and is especially poignant when you consider that Bressart had to escape the Nazis because of his Jewish ancestry. 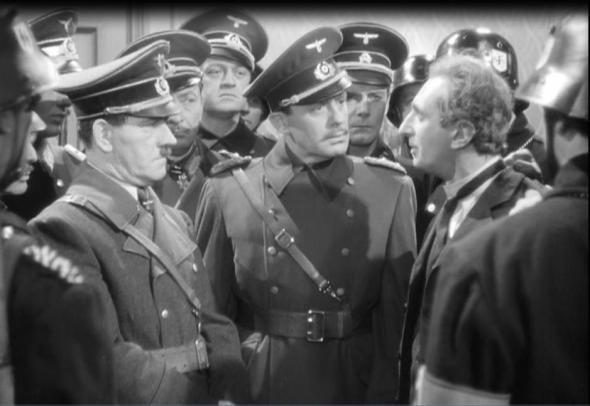 Tom Dugan, Jack Benny, Felix Bressart in To Be or Not to Be

Felix Bressart’s career was tragically cut short in 1949 when he died of leukemia at the age of 57. He left behind his wife, Frieda, and an unfinished film, “My Friend Irma”. His part was recast with Hans Conried but some of the long takes of Felix still remain in the film.

Category: Know Your Character Actor | Tags: Ernst Lubitsch, Felix Bressart, Felix Bressart Biography, Joe Pasternak, Ninotchka, The Shope Around the Corner, Three Smart Girls Grow Up, To Be or Not to Be