Elisha Vanslyck Cook, Jr. was born into a theatrical family on December 26th, 1903 in San Francisco to Elisha Vanslyck Cook, Sr. and Helen Henry. His father was likely a jack of all trades in theater, acting as director, producer, and manager. His mother was an actress of some renown whose biggest claim to fame was playing the lead in the Broadway production of “Mother” in 1935. The family moved to Chicago shortly after Elisha was born where he spent his adolescence in the theater world. He got his first job selling programs in the theater lobby. At the age of fourteen he became an actor, making his theatrical debut in the vaudeville act “Lightnin’”. After this he worked steadily as an actor appearing in vaudeville and stock companies throughout the Midwest and East Coast.

Elisha and Frances Underwood in “Her Unborn Child” (1930)

Eventually, Elisha made his way to New York City where he first appeared on Broadway in 1926 in the musical “Hello, Lola”. He was 23 years old. After this role he worked pretty steadily on Broadway from then on, appearing in “Henry Behave” in 1926, “Hello, Gertie” in 1926-27, “Her Unborn Child” in 1928, “The Kingdom of God” in 1928-29. The list goes on. About this time, Elisha received his film debut reprising his role in “Her Unborn Child” in 1930. However, this initial jaunt to Hollywood didn’t take and he moved back to New York where he continued appearing on Broadway. He got his first big success when Eugene O’Neill cast him in his new play “Ah, Wilderness”. Hollywood started taking notice of this young actor at this time but it wasn’t until 1936 that he made the transition to full time Hollywood actor. After 1936, Elisha was done with the Broadway stage and was a fixture in Hollywood. He wouldn’t again appear on Broadway until the production of “Arturo Ui” in 1963.

In the 30’s, Elisha was often cast as a juvenile, due largely to his young appearance, and in light sympathetic roles, nothing like the parts that would make him famous in the 40’s. In “Two in a Crowd” (1936), a romantic comedy starring Joan Bennett and Joel McCrea, he plays a jockey. In “Pigskin Parade” (1936), he has a small role as a college kid. Incidentally, this film contains Judy Garland’s first Hollywood appearance. In the 40’s, with the advent of film noir, we start to see the more typical Elisha Cook, Jr. character: little men with big dreams who are in over their heads. Elisha played the heavy about as often as he played more sympathetic characters and his brand of sweaty nervousness and courage in the face of impossible odds was appropriate to both kinds of roles.

In 1940, he appeared in what is widely considered to be the first film noir, “Stranger on the Third Floor”, playing a man wrongly convicted of murder. In 1941, he followed that up with a role in what many consider to be the best film noir, “The Maltese Falcon” (1941). Elisha will likely be best remembered for his role as the gunsel, bodyguard to Sidney Greenstreet’s Kasper Gutman. His Wilmer Cook is typical of Elisha’s characters in the 40’s: a small man trying to pretend to be more than what he is. He itches to put a slug in Bogie’s Sam Spade but Bogie laughs at him, slaps him around, and eventually chooses him as the fall guy for the various murders that have been committed. Elisha’s barely controlled anger is palpable.

It was in the 40’s that Elisha became successful enough that he could live hermit-like in his home in the High Sierras, fishing for trout while he waited for requests for acting gigs to arrive via courier. Elisha appeared in films of many genres in the 40’s but he became most closely associated with film noir at this time. In “Phantom Lady” (1944), he plays a hophead drummer who may have information on the woman who can exonerate Alan Curtis for the murder of his wife. The film is famous for the scene in which Elisha is jamming with a group of musicians in his off hours when he gives a frenetic drum solo which serves as a stand-in for the libidinous desires he feels for Ella Raines’ character watching him. That same decade he had roles in “I Wake Up Screaming” (1941), “Kill or Be Killed” (1943), “Dark Mountain” (1944), “Dark Waters” (1944), “The Big Sleep” (1946), “Fall Guy” (1947), “Born to Kill” (1947), and “The Long Night” (1947), all solid film noirs. It was due to all of his tough guy roles in these films and his small stature that Elisha came to be known as Hollywood’s lightest heavy. But there was also “Sergeant York” (1941), “Ball of Fire” (1941), “Hellzapoppin” (1941), “Sleepytime Gal” (1942), “Cinderella Jones” (1946), and “The Great Gatsby” (1947). He even did a short documentary for the war effort, “Baptism of Fire” (1943), to prepare new recruits for combat with the Nazis, demonstrating techniques for identifying the enemy and hand to hand combat. Let’s just say that Elisha worked a lot in the 40’s.

That role in “The Big Sleep” (1946) is for me one of his best and the epitome of an Elisha Cook character. It’s a small role but it’s unforgettable. He plays Harry Jones, a small timer who’s trying to sell information that bad girl Agnes has to Philip Marlowe. Jonesy is in love with Agnes, of course. Before he can get to Marlowe, he’s approached by Canino, one of Eddie Mars’ men, who is looking for Agnes. Canino pulls a gun on Jonesy and demands he tell him where Agnes is. Jonesy, no hero, makes with the information. “I guess I’m yellow all right”. “You just got good sense…You’re nervous. Maybe you need a drink,” Canino responds. Then Canino pours Jonesy a drink and insists he drink it down. Jonesy knows it’s poison but he drinks it anyway and laughs as he does. “What’s funny, “ Canino asks. “Nothing’s funny,” Jonesy answers, confident in the fact that he’s saved his lady love by giving Canino the wrong address. Beautiful!

Elisha continued this level of work into the 50’s. In 1953, he gave a memorable performance in “Shane”, where again he played a man who is clearly in over his head. As Frank “Stonewall” Torrey, he’s a former Confederate soldier turned sodbuster, one of the many homesteaders that the local cattle baron, Ryker, is trying to force out. He has a memorial scene with Jack Palance in which Palance, as a gunman hired by Ryker, taunts Torrey into drawing on him and then shoots him down, and leaves his body in the muck and mire of the main strip. Another notable performance came in Stanley Kubrik’s first commercial film, “The Killing” (1956), where he plays a racetrack teller with a double-crossing wife who has been lured into a scheme to fleece the racetrack. 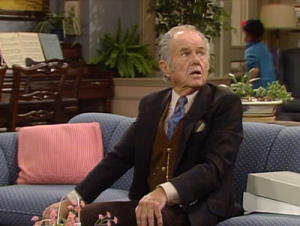 During this time when he was appearing on TV, Elisha was an acting machine, keeping up his appearances in Hollywood films as well. In “House on Haunted Hill” (1959) with Vincent Price, he was Watson Pritchard, the owner of the fated house. In Marlon Brando’s directorial debut, “One Eyed Jacks” (1961), his character is simply billed as “Elisha Cook”. In “Rosemary’s Baby” (1968), he was the satanic apartment manager. Director Sam Peckinpah, cast Elisha and other classic Hollywood actors in “Pat Garret and Billy the Kid” (1973) to add authenticity to this modern western. Elisha is even credited as “the Patron” in Steven Spielberg’s misbegotten foray into comedy “1941” (1979). 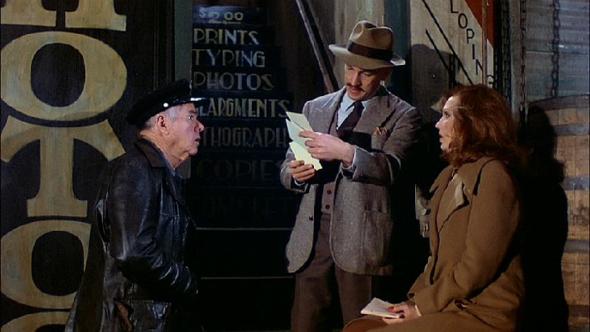 Elisha’s last film role was in the Wim Wenders helmed “Hammett” (1982). His last television appearance was in 1988 on “Magnum P.I.” when he was 85 years old. Elisha was disabled by a stroke two years later and died of a stroke in 1995 in Big Pine, California. He was 91 years old.